2018 should be a good year for Canadian exporters, says EDC 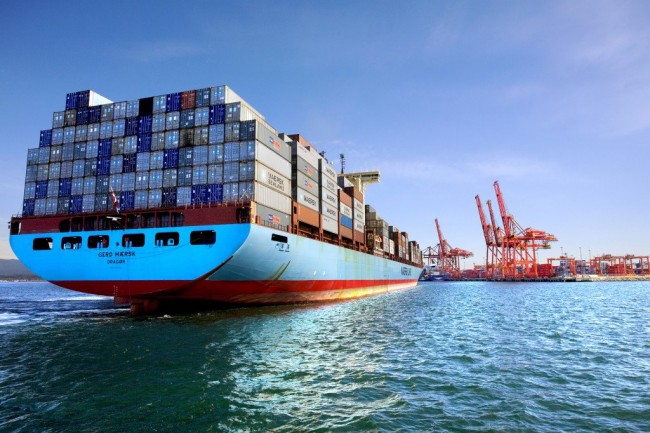 “Strong global performance will lead to more investment as businesses work to meet increasing demand across a number of sectors, and that will lead to increased opportunity for Canadian exporters,” says Peter Hall, chief economist and vice president at EDC. PHOTO: Port Metro Vancouver

OTTAWA—The spectre of global protectionism is real and concerning, but times are good for Canadian exporters, according to Export Development Canada.

In its latest semi-annual Global Export Forecast, the export credit agency is predicting 6 per cent growth of goods exports across Canada in 2018, following a strong 2017 that saw 7 per cent growth, as well as measured export expansion in goods across all Canadian provinces.

Exports of services, meanwhile, are forecast to see slower but steady growth of 4 per cent this year.

EDC says there’s room for even more growth, if Canadian businesses seize the opportunities that come with a growing global economy.

“Current growth is no mere flash in the pan, but a call to action for Canadian companies,” says Peter Hall, chief economist and vice president at EDC. “Strong global performance will lead to more investment as businesses work to meet increasing demand across a number of sectors, and that will lead to increased opportunity for Canadian exporters.”

As has historically been the case, most of Canada’s export of goods (88 per cent) will be shipped to developed markets.

However, EDC says sales are diversifying as more businesses find a foothold outside North America, and growth of exports to emerging markets will increase by seven per cent this year, outpacing growth of sales to developed markets, which will reach five per cent.

Last year, Canada’s export gains were predominantly fueled by higher prices in the energy, ores and metals sectors. In 2018, both commodities and manufactured goods will make strong contributions to the bottom line.

Within manufacturing, the embattled aerospace industry is expected to see the most impressive gains. Exports are forecast to reach nearly $19 billion in 2018, a 16 per cent improvement compared to last year. This is pushed, in large part, by success in securing new aerospace deals.

In the industrial machinery and equipment segment, exports will rise 9 per cent this year, propelled by robust expansion in U.S. fixed investment and investor-friendly corporate tax changes.

EDC says ores and metals continue to be a major factor in the overall picture. Growth is expected to hit double digits once again this year, driven by higher commodity prices and new mining operations coming online.

Despite the softwood lumber disagreement, forestry is another sector experiencing major growth for now. The sector is up 16 per cent compared to 2017—pushed, in large part, by rebounding U.S. housing starts. This uptick is temporary as that number is expected to drop considerably in 2019 when supply constraints begin to kick in.

Canada’s outsized energy sector, which saw 34 per cent export growth in 2017, will also advance a modest 3 per cent this year, the credit agency predicts.

Things are not so rosy for the auto sector in 2018 though. No growth in automotive exports is expected for 2018, and exports of passenger cars and light vehicles will fall slightly due to longer-lasting structural factors and temporary plant closures.

For Ontario, 4 per cent growth in goods exports is expected in 2018.

While Quebec’s goods exports are highly diversified, the significant increase in production of CSeries aircraft by Bombardier and the expansion of the Éléonore gold mine will help propel export growth of 8 per cent in 2018.

Newfoundland and Labrador will be the lone province to experience double-digit growth in 2018 (11 per cent). While commodity price growth will play a role, the biggest contributor to the growth comes from a full year of increasing production from the Hebron offshore oil platform and the ramping up of Vale’s Long Harbour nickel processing plant.

In 2018, Prince Edward Island will see some growth (4 per cent), although the trade deal with the EU should support diversification for its agricultural and aquaculture products. Similarly, New Brunswick will see modest growth (5 per cent) as stronger commodity prices help offset impacts from U.S. softwood lumber and groundwood pulp duties.

While on opposite sides of the country, expanded mining production will help boost exports for both Nova Scotia and British Columbia. In B.C., higher production from the Highland Valley and Mount Milligan copper mines along with forestry prices that are offsetting the impacts of U.S. countervailing duties on softwood lumber support growth of 6 per cent. Nova Scotia will experience 6 per cent growth as well, boosted by the opening of the Touquoy gold mine.

Alberta will see exports expand by 7 per cent in 2018 now that the Fort Hills oil sands project and the Sturgeon Refinery have started production. Additional export capacity growth from the energy sector and the start-up of a $360-million Cavendish Farms potato processing plant in Lethbridge will support growth in 2019.

Saskatchewan and Manitoba will see limited growth, 3 per cent for each province, as weak commodity prices and transportation bottlenecks and the closure of mines and a smelter and refinery hit the respective provinces goods exports.

The Canadian territories will see 16 per cent growth this year after eye-popping growth of 39 per cent in 2017.

Potential barriers to growth in 2018 and 2019 include global trade protectionism and gradual appreciation of the loonie compared to the U.S. dollar.