Export Development Canada says Canadian exporters can benefit from the current economic climate, both in traditional markets and emerging economies 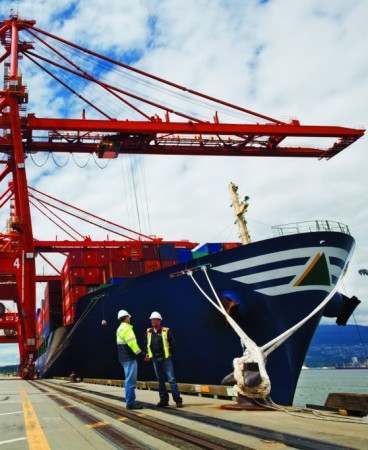 OTTAWA—Low unemployment rates in the U.S. and Europe, paired with industrial sectors in both regions operating at full capacity and the fact that it’s been nearly a decade since we faced our last recession have some pessimists warning another is nearly upon us.

In its biannual Global Economic Outlook, Export Development Canada (EDC) sees things differently, instead forecasting increased investment and growth in key markets around the globe that will translate into opportunities for Canadian exporters.

Rather than being a precursor to recession, industry reaching full capacity can also be a precursor to increased investment. After years of holding back, corporations can put more money into expanding the workforce, their facilities, and advanced technologies that boost efficiency to ease production pressures.

EDC’s Vice President and Chief Economist, Peter Hall, said in a statement there is one other aspect fueling the bullish forecast.

“One often forgotten factor is the clear presence of pent-up demand,” says Hall. “Various measures strongly suggest that in both the US and Western Europe, the housing, non-residential construction and consumer sectors have not yet fully recovered, and indeed have a long way to go before conditions are fully normalized.”

Canadian exporters will benefit from these conditions. Exports will rise 4 per cent this year and 5 per cent in 2019, leveraging higher growth in traditional markets and diversifying further into the emerging world.

However, rising interest rates coupled with high household debt will put the brakes on consumer spending, as Canadians focus on paying down money they owe. The reduction in household consumption is expected to be offset by growth in government spending, net exports, and business investments. For that reason, EDC is predicting modest growth for Canada around 2 per cent in both 2018 and 2019.

NAFTA negotiations have been intense, with many opportunities for the deal to fall apart. Now, there is an increased urgency to finalize a deal before it gets stuck in election-cycle limbo. All parties are working hard to come to a resolution that satisfies each country. While the ups and downs have caused uncertainty, EDC economists do not see a major impact on either the U.S. or Canadian economies at this point.

In Mexico, however, things are further complicated by political uncertainty. The Mexican economy is constrained by tight fiscal and monetary policies, and with an election coming in July, business investments will stay muted and capital investment plans kept on hold until policy predictability improve. For that reason, EDC downgraded its growth forecast for Mexico slightly, predicting growth of 2.2 per cent in 2018, before jumping to 2.7 per cent in 2019.