With a new NAFTA on paper, let’s take a second to recognize Ontario’s manufacturers 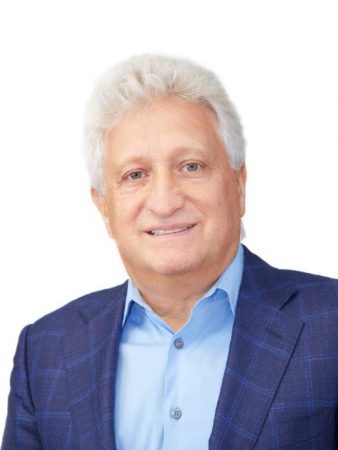 NAFTA talks reached a dramatic, late-night crescendo as negotiators hammered out a draft agreement just before the clock expired on the United States’ self-imposed midnight deadline.

Canada’s auto and dairy industries consumed much of the oxygen in the national discussion surrounding the trade deal. But while cars and milk made the headlines, Canadians must remember that the vast majority of our exports come from industries other than these two specific examples.

And these “other” Canadian manufacturers deserve more than a little credit for their economic contribution, as they form the quiet, steady backbone of the Canadian economy.

Manufacturing is one of Canada’s most productive economic sectors. With $649 billion in sales across the entire sector last year, it makes up about ten percent of Canada’s GDP. That’s more than mining, more than transportation, and more than infrastructure. About 1.7 million Canadians are employed in manufacturing, meaning nearly one in ten working Canadians depend on a robust, thriving manufacturing sector to put food on the table.

And speaking of food, few Canadians know that food product manufacturing is one of the biggest categories within the manufacturing sector. It makes up about almost 16 percent of all Canadian GDP from manufacturing.

As CEO of a Toronto-based food manufacturer, this has been my area of expertise since 1989. That’s when I joined Fiera Foods, then a smaller manufacturer of pastries and baked goods. Today, we produce them on a massive scale.

From this experience, I know firsthand the work that goes into growing, manufacturing, processing, packaging, and transporting the food we eat. In Ontario alone, our food and beverage processing sector generates over $40 billion in revenue and supports over 130,000 direct jobs. Many of these jobs are trade-dependent: in all, food processors contribute to half of our agriculture and food exports.

Despite a dark cloud of NAFTA uncertainty hovering over most of this year, the Canadian manufacturing sector is charging ahead. Output is high, and demand remains strong. Order backlogs are high. These are the indicators of a sector firing on all cylinders, and pulling Canada’s overall economy along with it. This summer and fall saw healthy growth, with the bulk of that growth coming from Canada’s manufacturing heartland of Ontario, where Fiera Foods operates.

As a supplier to many of the largest grocery chains in the U.S., my company aims to be a competitive and reliable supplier regardless of variables like the dollar and trade agreement status.

But how can politicians help position Canadian manufacturers like me for success? A good start is by reducing regulatory burden, expediting border crossings, and seeking effective dispute resolution processes.

The process of arriving at a draft USMCTA agreement has taught us many lessons. Perhaps the most valuable of them has been that government negotiators will occasionally shine a spotlight on particular industries in their attempt to seek a politically acceptable deal, or to subsequently build support for that deal. But for every example you read mentioning Canada’s dairy and auto industries, know that there are thousands of Canadian manufacturers who are thriving in a difficult trade environment because of hard work, ingenuity, and creativity.

As this and future trade deals move forward, Prime Minister Trudeau will be well served to play to Canada’s strengths. While governments should not pick winners and losers in business, encouraging the strengths of a core industry is part of managing a strong economy.

Food manufacturing and processing are among those core strengths. By preserving dispute resolution and providing a continued open door to cross-border shipments, both Canadian and U.S. leadership have helped secure a continually productive trading relationship.

But as the Canadian government looks to build trading relationships and strengthen competitiveness, it should always focus on what we do best. As an exporting food manufacturer, we’re ready to contribute and grow so that even in tumultuous times we can succeed abroad. We have been tested and have emerged stronger.